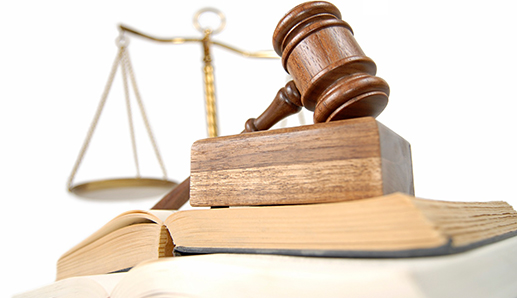 Like many governments worldwide, the United States government operates under a written constitution. The document is made up of a few key parts; the Preamble, seven Articles, and 27 Amendments. Under these parameters the federal government was created and continues to function, even though the interpretation of these core pieces has changed with the times. The United States Constitution provides its citizens a method with which to work towards making changes, the amendments, as they become necessary.

The United States Constitution was built on six key principles. The most complex of these values is the concept of Federalism. Federalism is the idea that power in the United States is divided between the Federal government and those of the States. Sometimes there are overlaps in the division of powers that can lead to problems, like the United States Civil War, or the response to Hurricane Katrina. One of the other concepts the United States Constitution was based on was the idea of Limited Power. The idea behind Limited Power is that the government is not above its own laws, and must follow those laws and gets its power from the citizens of the United States. Popular Sovereignty is another of the principles the Constitution was founded on. This is the idea that the government gets its power from the citizens and should work for those citizens or be dissolved. The Separation of Powers is one of the key concepts that mandate the government to be split into three branches with their own responsibilities; the Legislative, the Executive, and the Judicial. The last two principles were selected to help balance the Separation of Powers.

Taking a closer look at the Separation of Powers outlined in the United States Constitution reveals a three branch system. The branches are the Legislative, the Executive, and the Judicial. The Legislative branch is comprised of the Congress and their task is to make the federal laws. The Legislative branch is made up of two houses; the Senate and the House. The Senate is based on equal representation where all states have the same number of votes while the House is representation based on population, awarding more votes to states with more people. The Executive branch is comprised of the President of the United States, and those who assist the President in the task of administering, implementing and enforcing the laws, often called the Bureaucracy. The President is the head of power in the model of government outlined in the Constitution. The Judicial branch includes the court systems of the United States, the highest of which is the Supreme Court. Their task is to interpret and apply the laws put into place by the Executive branch.

The Separation of State gave rise to the fifth and sixth principle upon which the United States Constitution was founded. One of these was a system of Checks and Balances. This structure was set up to give each of the three branches abilities to keep any one branch from getting too powerful. The following are some examples of the Checks and Balances put into place. The Legislation was given the power to either approve or deny any requests from the President (the Executive Branch) to go to war or to appoint individuals to positions, including the Supreme Court (Judicial Branch). The Executive Branch gained its checks in the form of powers afforded to the President. The United States President was given the ability to approve or deny laws that the Legislative Branch is trying to pass. The Judicial Branch was given the power to declare laws, passed by the Legislative branch and approved by the Executive branch, unconstitutional. This last power is the sixth principle the Constitution was founded on, called Judicial Review.

In addition to defining how the government was to be created, the United States Constitution also outlined the process by which the citizens of the United States could gain positions of office in the three branches. The Supreme Court in the Judicial Branch and the Cabinet, a group of advisors to the President in the Executive Branch, are given their positions by Presidential appointment. The majority of positions in the United States Government, however, are dictated by the process of Election. While there are several different variations on the election process at the various levels it occurs, it can be described as United States citizens voting on the individuals they want to be a part of their government. Elections occur at local, state, and national levels. The most well known example is the election of the United States President once every four years.

Among the factors that influence elections, the paramount is the political party system. The United States functions under a two-party system, meaning that there are two political parties to whom the majority of voters offer their support. While the majority of candidates for positions in the United States government come from the two main parties, Democrat and Republican, there are several smaller parties who can influence the results of the vote. There are four major types of these third-parties; Ideological, Single-Issue, Economic Protest, and Splinter parties.