Study in the USHistory of the United States

History of the United States 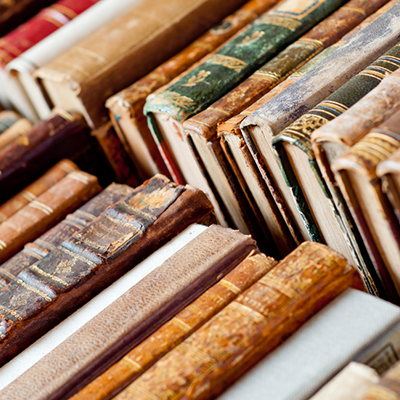 In schools in the United States, the history of America begins with either the prehistory of the indigenous population or with the 1492 voyage of Christopher Columbus to the Americas. In recent times, the former of these approaches has become increasingly common in the classroom.

European colonists began arriving in what is now known as the United States shortly after 1600. The majority of these colonists were sent to the Americas by England. They continued to send their citizens to colonize the United States until there were around two and a half million people scattered across thirteen colonies in the ‘New World.’ In the 1770’s, the colonies were flourishing, and developed their own autonomous political and legal systems. The colonies had grown rapidly and with the development of the aforementioned systems, the British Parliament saw cause for concern. The Parliament asserted its authority in the form of new taxes for the colonists. The colonists protested the taxes as unconstitutional because they were not given representation in the establishment of said taxes. What started as a small conflict rapidly built into a civil war declared in April of 1775. Cessation from England was declared with Thomas Jefferson’s Declaration of Independence July 4, 1776, becoming for the first time the United States of America.

Under the leadership of General George Washington and the monetary contributions of the French, the newly formed United States won its freedom in the Revolutionary War, which ended in 1783. During the Revolutionary War, the colonies came together under the Articles of Confederation, which established a paltry federal government. The document was deemed insufficient and was rewritten, and the new Constitution was adopted in 1789. Under the Constitution, which included a Bill of Rights, the new government was formed and George Washington was elected as the first President. The new government under this document was strong, even with the first party system of the new nation, a two party system much like it has in the present day. Under a later president, Thomas Jefferson, the nation’s size was doubled with the purchase of Louisiana Territory from France. A final war was fought with England in 1812, which resulted in a victory for the United States, and the cessation of European support for the attacks on western settlers from the indigenous people.

Expansion and the Civil War

Through the efforts of the Jeffersonian and Jacksonian Democrats, the territory owned by the United States was extended out to Oregon and California, in opposition to the Whig party who wanted to modernize and strengthen the economy and society instead of expanding the geography under the banner of Manifest Destiny. The Democrats strove to increase the land for the farmers and slave owners who favored the Democrats, even at the cost of war, bloodshed, and growing disdain for European culture. By 1804, the Mason-Dixon line had been established as the northern boundary for slave owners, though they flourished in the south under the demand for American cotton.

The constant debate and subsequent compromises on the issue of slavery shaped the history of the United States dominated the country’s history in the early and mid 1800’s, culminating in the Republican power in the north declaring to stop the expansion of slavery beyond the states that already allowed it, and Abraham Lincoln being elected to the office of President of the United States. Lincoln’s election caused a large scale rebellion in the south, and eleven states seceded, becoming the Confederate States of America and triggering a war over slavery and reunification. The American Civil War lasted from 1861 to 1865, and ended with the north triumphing, thereby reuniting the United States and abolishing slavery. A reconstruction era followed, lasting until 1877, wherein the south was impoverished, and slaves were freed and given voting rights. Despite these steps forward, there was still segregation of people based on skin color lasting from the 1890’s until the 1960’s under the Jim Crow system. Through the mid 1900’s the North and West grew and prospered, while the south remained in poverty, finally recovering in the late 1940’s.

In the late 1800’s and into the early 1900’s, the United States developed into the world’s leading industrial power. This sudden boom was due largely in part to an influx of immigrant laborers from Europe and an expansion in the entrepreneurship of the North. Trade and development was further boosted by the completion of the national railroad network, allowing better industrialization in the north and west. Social reform agendas were pushed through by the Progressive Movement in this time period, driven by the dissatisfaction of the middle class and resulting in women’s rights and the temporary prohibition of alcohol. The United States started as a neutral party in World War I, but ended up declaring war on Germany in 1917 and funded the Allied victory. After a period of prosperity, the country was plunged into the Great Depression, a period of economic misfortune that had global impact in 1929. F.D. Roosevelt became president and implemented a series of reforms, dragging the country out of its decade long depression. In 1941, the United States, again starting as a neutral party, was brought into World War II by the Japanese bombing of Pearl Harbor. Through the invention and detonation of the Atomic Bomb, the war against the Axis powers was brought to an end.

The Soviet Union and the United States remained in opposition after this war. The tensions between the two nations gave rise to the Cold War, a fifty year conflict centered around an arms race that lead to the Space Race. The United States focused on the containment of Communism during this area, and participated in both the Korean and Vietnam wars to prevent its spread. The cold war ended in 1991 when the Soviet Union dissolved, leaving the United States as the sole superpower. In recent years, there has been a strong focus on the countries of the Middle East, intensified by terrorist attacks. The United States declared a War on Terrorism as a result of these attacks, specifically the bombing of the World Trade Center in September of 2001 that threw the country into an economic recession.

The United States has an incredibly diverse and varied history. If you would like more information about the history of the United States, take a look at the Independence Hall Association’s United States history page at http://www.ushistory.org/.

Most Employable Degrees in United States

The benefits of earning an undergraduate or postgraduate degree...
Study in the US

The United States is home to many educational institutions...
Study in the US

Most Popular Degrees in United States

Attending higher education studies will open the doors to...
Study in the US

What Exams Are Required To Study In United States

The number of international students going to study in...
Study in the US

The United States is considered the ideal study destination...
Study in the US

Getting an undergraduate degree in the United States or...

Most Employable Degrees in United States

Most Popular Degrees in United States

The preferred student portal for international students interested in studying in The United States.

Studying in the United States is quite a challenge for many international students, especially for students from Asia. Our goal is to help you understand the US higher education system, and the value a US degree has when it comes to work prospects and your career future.